The Morbihan of the Megaliths

The megaliths, built in the Neolithic period, constitute a particularly rich heritage in Morbihan. 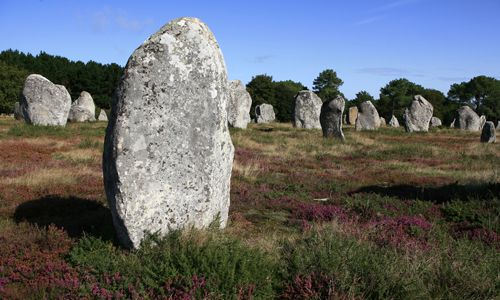 The alignments of Carnac, one of the largest megalithic complexes of this kind in the world (with almost 3000 menhirs), is a unique place to discover. Before heading to this major site of European prehistory, you can visit the House of Megaliths, in order to better understand the notions of menhir, dolmen, tumulus or cairn.

If you wish to continue your discovery of megaliths, the Gulf of Morbihan has other exceptional sites: you can embark on a guided tour of its cairn on the Isle of Gavrinis or on the Isle of Moines where you can discover menhirs and dolmens yourself.

The Great Broken Menhir and the Table des Marchands of Locmariaquer are also remarkable testimonies of prehistory in the Gulf of Morbihan.

Beyond these major sites, it is possible to discover many other megaliths scattered throughout the Morbihan landscape: at the bend of a road in the country of Port-Louis and the Etel river or in the Vannes hinterland.

The architectural heritage of Morbihan

The ancient medieval cities of Morbihan

On the sea side, the towns of Vannes and Auray bear witness to the architecture of the Middle Ages: Vannes, a fortified town that has retained many of its walls, narrow cobbled streets, medieval gates, its cathedral, and 170 half-timbered houses; Auray, a smaller town, whose Saint-Goustan district has very old houses with stone bases supporting half-timbered corbels and windows with mullions along its alleys.

On the land side, various medieval cities, such as Josselin or Rochefort-en-Terre, also offer beautiful medieval houses along their alleys.

Several castles are available to you in Morbihan. On the sea side, Suscinio Castle, the hunting residence of the Dukes of Brittany, is particularly imposing with its moats and towers. Near Vannes, the castle of Plessis Josso, whose function was mainly agricultural, constitutes a beautiful feudal complex whose fortified enclosure with crenellated towers and walls is still well-preserved.

On the land side, the castle of Josselin, overlooking the Oust river, will seduce you, as well as all the medieval houses of its village. The Château des Rohan in Pontivy is also a beautiful residence to discover. 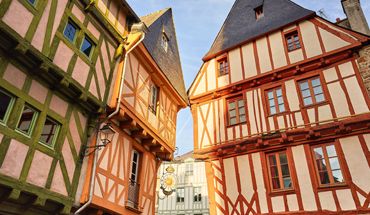 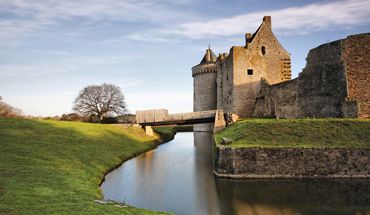 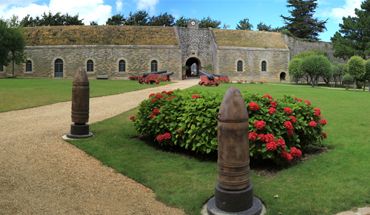 The citadels of Morbihan

The Citadel of Port-Louis, built in the 16th century, is located at the entrance to the harbour of Lorient. Today you can visit a museum of the India Company and a national museum of the Navy. The Vauban Citadel of Belle-Ile-en-Mer, which dominates the port of Le Palais, is an exceptional architectural site that has been very well restored.

The sanctuary of Sainte-Anne-d’Auray, the chapel of Saint-Cado, the church of Saint-Cornely de Carnac, the chapel of Rochefort-en-Terre and many Morbihan churches constitute a rich religious heritage, around which Pardons are still organized.

We use cookies to ensure that we give you the best experience on our website. If you continue to use this site we will assume that you are happy with it.OkNoPrivacy Policy